Home / About Us / Christine 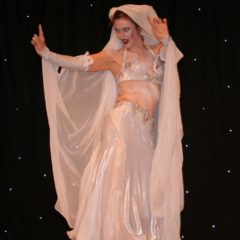 Christine Emery aka Her Royal Hellness Lucretia went to a Bellydance class for the first time over 15 years ago…. and look what happened! She now works part time for Farida Dance – and is also self employed teaching and performing goth, horror and ‘fiendish’ fusion belly dance.

Christine teaches and performs Goth, Zombie and Fiendish Fusion Bellydance, both solo as Her Royal Hellness Lucretia, and with her troupe Raqs Macabre and can be booked for performances, workshops, hen do’s, goth, horror, alternative and bizarre events! Chistine is also one of the founder members of the highly sucessful Gothla UK, a weekend of gothic themed belly dance events including workshops and performances from international and national teachers.

Dance like a Zompire – A Zompire is a cross between a zombie and a vampire, with the lust and allure of the vampire and the ruthless killer instinct of the zombie. Sometimes one trait is stronger than the other, sometimes it’s a cross between the two. Learn a few simple zompire inspired bellydance moves combined with lots of attitude.

Living Dead Girls – Learn the infamous Zombie choreography to Rob Zombie Living Dead Girls – if you don’t credit me when performing it I’ll hunt you down, eat you and spit you out (cos I’m a veggie I don’t really like meat so won’t swallow you 😉 )

The Goddess Kali – Another very popular workshop, done in pairs usually. The Goddess Kali is famous for lots of arms among other things, so we use this to experiment with shapes and moves, again combined with her scary image.

Vamp it Up (1.5 – 2hrs) – Start off learning some vampire inspired steps and attitude then move on to using your veils (or Isis wings) in true vampire fashion, using Bauhaus’s ‘Bela Lugosi’s Dead’ as the music will help to inspire us. Could be a 1hr open level, then the next hour for more Intermediate/Advanced dancers

Zompire Warm up/Technique (1 hr) – A great 1hr class, use it either as a warm up – if you’re cold as the grave, this class will stretch and warm you up leaving you as hot as Dracula in a room full of Virgins – or have it as a basic technique class, how to zompirise basic moves.

Feline Fusion – Inspired by our feline friends from cutesy kittens to haughty Siamese, purrfect moves to enhance your dance, and maybe a fun choreography too.

Creatures of the Night – cats, bats and werewolves inspire us in this workshop.

Hammer Time – Inspired by the girls and ghouls of Hammer films, technique, spookiness and a big dollop of theatrics, ending in a chance to star in your own horror ‘tableau’!

Rock Sharqi including stick
Using a great piece of music we do some RARRK inspired stick work among other things.

In the spare time left…. Christine tries to raise money for animal charities, along with Desiree the horse of course, likes going for rides in the family hearse with Paul, walking, reading, loves eating yummy food, dressing up and dressing others up.

She is a harmless vegetarian who is helpful and friendly. But don’t get between her and her food.

For more information on ‘Dancing from the Darkside’
www.gothla.co.uk 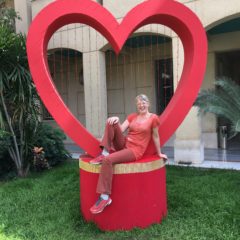 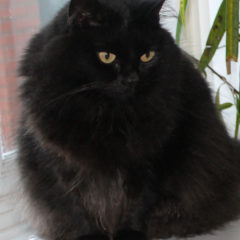 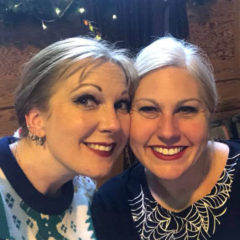 We only use cookies to give you the best browsing experience. Find out more